As I sit here pumping at work, I decided I am going to start blogging again. Its been quite a while since my last post in September. Baby Ezra turned 3 months last week, I can’t believe it! My little boy is growing so fast! I will say it’s been pretty difficult to get on a schedule and sort of get my life back. I think this is normal in the first few years. That’s right, I said YEARS. 🙂
I always said I didn’t want to be one of those parents that didn’t do anything anymore or go anywhere because of there kids, I mean why don’t you just bring them? Well, I know why, because some babies (ahem, Ezra) don’t like the car seat. Plain and simple. I have been trying to take him places but it’s not always easy or enjoyable sometimes. He hates the car seat and he hates the stroller because he’s in the car seat that attaches to the stroller. I am most thankful for my Moby Wrap! If I didn’t have that thing, I don’t know what I would do!

Baby wearing seems like this new phenomenon, people will say ” I wish we had that when my kids were little” but its been around for hundreds of years. People have always worn their babies, it’s actually pretty natural to do so. The hardest part is just finding which carrier suits you best. Sometimes you even need more than 1 for different things, activities, or different stages. I have the Moby, Ergo, and Seven Sling. I am currently waiting on a used Ring Sling. I love it! It has saved me so many times! I definitely recommend it AND the cool part is there are so many support groups out there especially on FB. Such as Baby Wearers of NJ, Baby Wearers of Northern Jersey, Baby Wearers of Morris County. I am sure there are some in other states too or even national ones. Luckily in my Mother Care Class provided through the Midwives of NJ we were able to have a baby wearing class as well, which was a great help! Some of those instructions they come with are not always easy to follow so sometimes you need that extra help from a friend or Youtube!

I didn’t actually mean to write about baby wearing today, I just wanted to give an update on how things have been so I guess its a bonus topic!

Otherwise, things have been much better. Ezra finally fell into a napping schedule a few weeks ago, which has really helped, unless of course we are out with him and then it just messes everything up which goes back to not taking your baby anywhere. I have heard of people not taking there baby anywhere during and nap or bed times. That’s nuts, I don’t think I will be able to do that but I can totally understand why.

Life is much harder these days but also more joyful! Being mom is the most wonderful thing that has happened to me but also the most difficult thing you can go through. It is utterly exhausting and chaotic at times but when you look into you little baby’s eye, it’s just all worth it. I would climb a mountain for my boy. He is my everything and I wouldn’t trade it for the world!

I hope everyone is enjoying this beautiful Holiday season, which is also so much better when you have kids! <3 Here are some pictures from Ezra’s Christmas shoot. I did them myself, hope you like them! 🙂 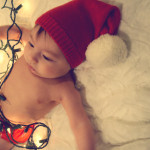 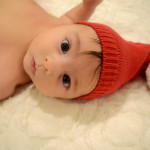 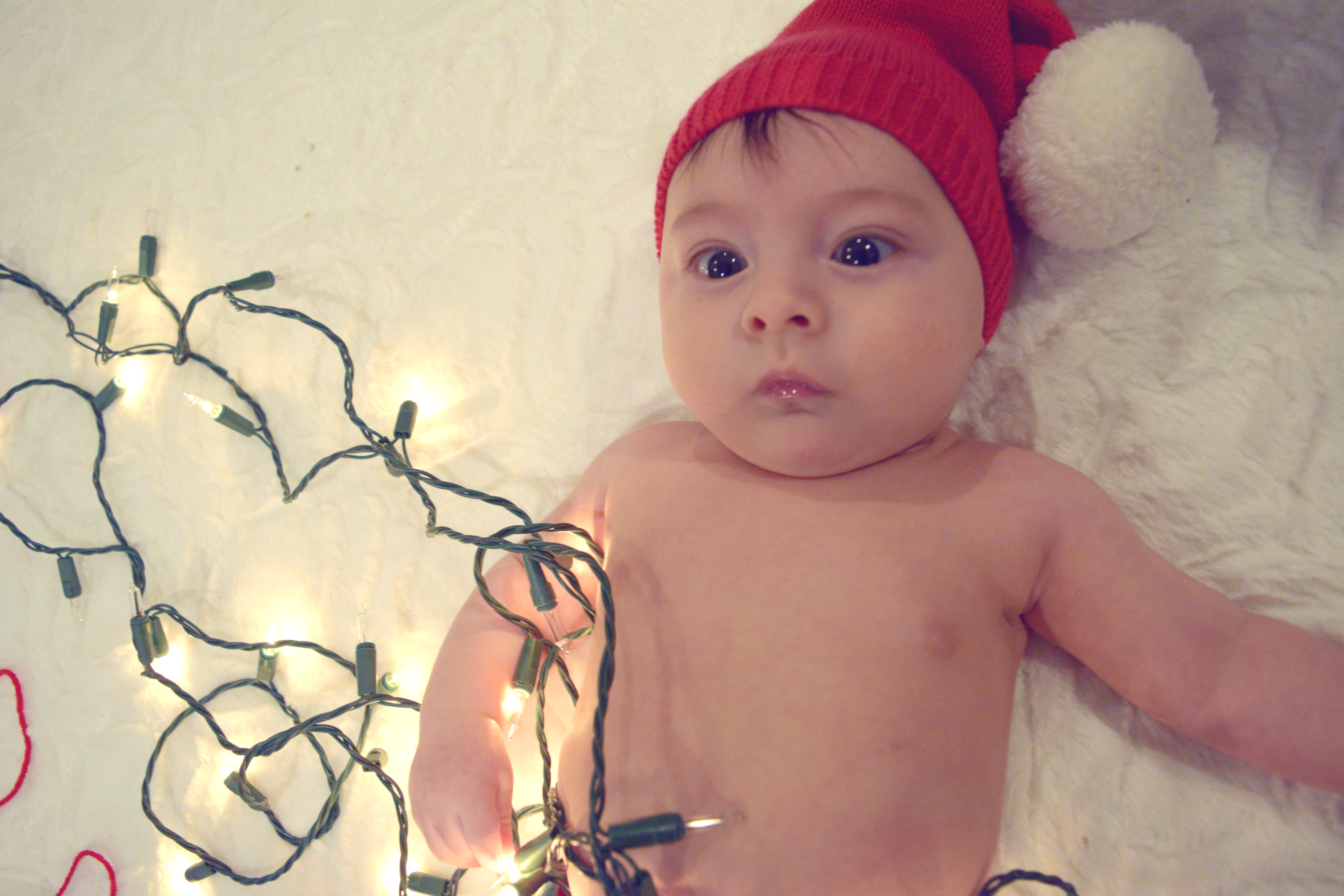